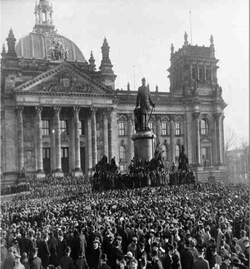 - Democratic Gov’t formed after WWI (Reichstag)
- First Chancellor is Friedrich Ebert until 1925
- Many people felt that the government’s constitution was its downfall
- People were mad that they followed Treaty of Versailles
- Royalty were kept apart from the Weimar
- Democratically elected Parliament
- Weimar Germany: Came in the 1920's in a period of great turmnoil
- Reparations etc. 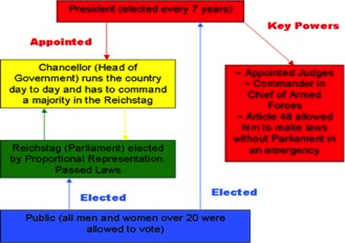 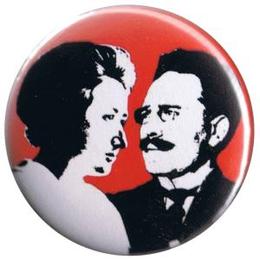 - Socialist uprising in Germany
- Began by Karl Liebknecht and Rosa Luxemburg
- Was to happen in a modernized, industrialized society but happened in Germany
- Work in lower classes to ignite a communist uprising in Germany
- Take over the city of Weimar and eventually the country in 1919 (Berlin)
- Spartakist prevented uprising from happening
- Brutally put down by the Freikorps
- Turned a socialist group, Spartakists League into German Communist Party
- Luxemburg and Liebknecht murdered

“Tomorrow the revolution will 'rise up again, clashing its weapons,' and to your horror it will proclaim with trumpets blazing: I was, I am, I shall be!”  - Rosa Luxemburg 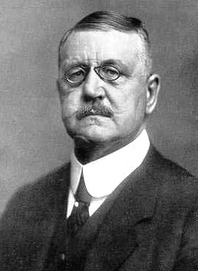 - In German, Putsch stands for Coup d’etat
- Freikorps are asked to disband
- Treaty of Versailles (100,000 army)
- Wolfgang Kapp march on Berlin in March 1920
- German workers save Weimar Republic - general strike
General Strike: All sectors of the city stop working (City is shut down) 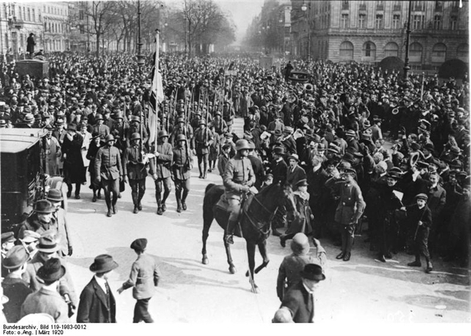 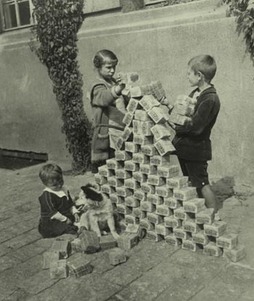 - The devaluation of currency
- Inflation is fine when it goes up slowly but not when it rises quickly
- Cost of living goes up, so does salary ideally
- Money became worthless
- Changed class structure to everyone being equal
- Caused by:
- The need to pay reparations (couldn't as currency was devalued so the French took raw materials from Germany)
- Unemployment
- Refusal of workers to work in Ruhr region
- Leads to:
- French Occupation of region in 1923
- New Reichsmark
- 1924: Dawes Plan solves problem of Hyper Inflation

During the first two years, there is a left wing and a right wing uprising of both extremes. The Spartakist (Communist) uprising was stopped by the Freikorps who were an anti-revolutionary volunteer force. Wolfgang Kapp and the March on Berlin in 1920 occurred but the city was rescued by all of the workers going on general strike shutting down the city. Harsh reparations lead to hyper inflation which was the devaluation of currency in Germany making money worthless causing economic collapse.