"In the 135 years since Trafalgar, sea power had permitted [Britain] to control its future and build the greatest Empire in history. Now tiny little craft, hardly more expensive than ammunition for an 18-inch gun, could deny strategy waters to the mightiest navy the world has ever known."
- William Manchester

The Invasion of Norway 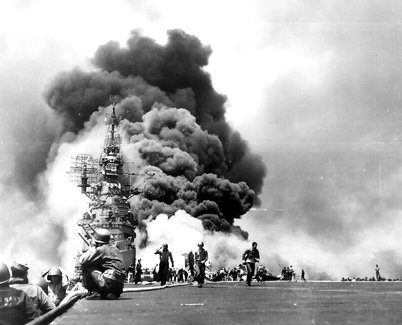 - April 8 & 9 1940
- Hitler invades Denmark and Norway - April 8&9 1940
*Reasons for this:
1) British had landed in Norway declaring their help for Finland = Threatened the steel that came from Sweden
2) It provided a much more forward base for German U-boats
- Provides the word Quisling to the English dictionary
- Quisling: Refers to a collaborator who gives out information to save themselves
- (Sellout)
- All norwegian shipping goes to the British
- Key aspect of Nazi takeover

Invasion of the Low Countries 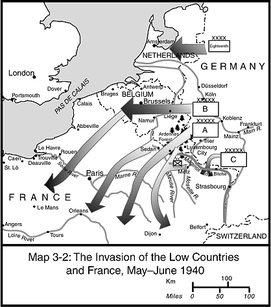 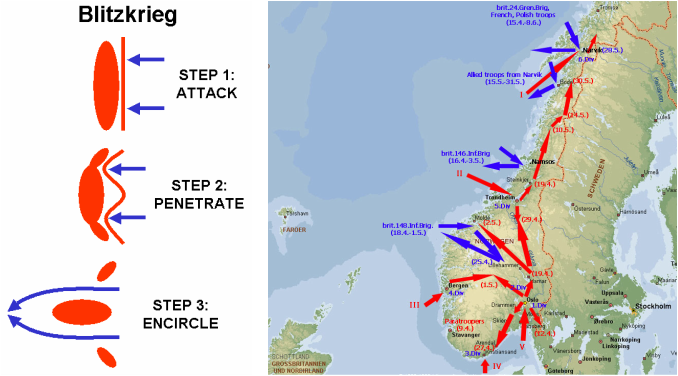 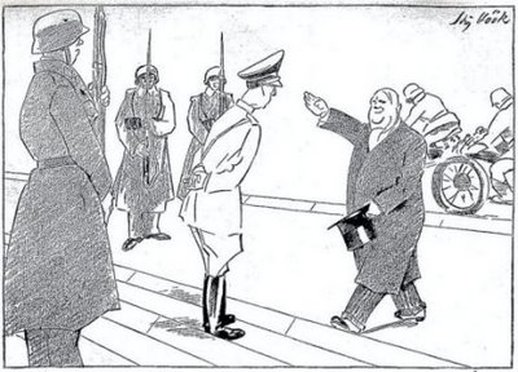 April 8-9, 1940, Hitler invaded Norway and Denmark. His motives in doing so were that it would provide a much more forward base for German U-boats and because the steel that came from Sweden that was being threatened by the British landing in Norway providing their help for Finland. The Invasion of the Low Countries was Hitler's invasion of the Netherlands, Belgium, and Luxembourg on May 10, 1940. Blitzkrieg warfare and Germany manages to take all these countries.