"I should be grateful if you would bring this declaration to the knowledge of the Zionist Federation." 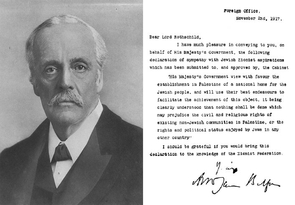 - Agreement by the British to set up a Jewish homeland in Palestine
- The Br. Mandate there remained under Br. Control
- The British had also promised the Arabs independence in the region
- 1918=60,000 Jews; 1939=630,000
- Beginning of the Arab-Israeli conflict
- *Sidenote* Turkey defeats Greece in 1920 in a war over Anatolia and a massive citizen shift occurs (1.5 mil)
Question: What if the Balfour declaration had never been signed? 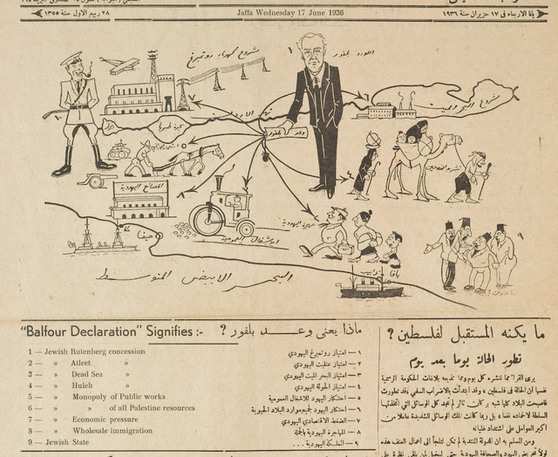 The Balfour Declaration (dated 2 November 1917) was a letter from the United Kingdom's Foreign Secretary Arthur James Balfour to Baron Rothschild, a leader of the British Jewish community, for transmission to the Zionist Federation of Great Britain and Ireland. The text of the letter was published in the press one week later, on 9 November 1917. The "Balfour Declaration" was later incorporated into the Sèvres peace treaty with Turkey and the Mandate for Palestine.