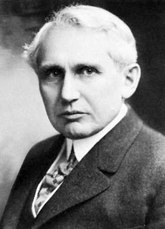 - 1925
- Period of Peace
- First time that Germany, since the Treaty of Versailles had met with all the big players
- Begins a period of optimism "The Spirit of Lacarno"
- Britain, France, Belgium, Italy and Germany are signatories
- Guarantees borders of European borders
- Demilitarizes the Rhineland
- Brings insecurity in the East

"It is accordance with our determination to refrain from aggression and build up a sentiment and practice among nations more favorable to peace ... that we have incurred the consent of fourteen important nations to the negotiation of a treaty condemning recourse to war, renouncing it as an instrument of national policy." - Calvin Coolidge

Period of Peace. Breaking isolationist policies to denounce war. Britain, France, Belgium, Italy and Germany are all signatories to the pact which demilitarized the Rhineland, guaranteed European borders and brought insecurity in the East.