“Freedom in capitalist society always remains about the same as it was in ancient Greek republics: Freedom for slave owners.”
- Vladimir Ilyich Lenin 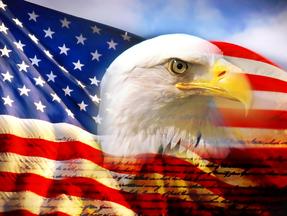 - The American Position
- Americans come out of WWII even richer than before
- Own 20 billion in gold reserves of a World total of 33 bil.
- Largest, navy, airforce and monopoly on nuclear weapons
- Largest trading and industry in World
- Influence in Asia and Europe
- 1919 exaggerated
-Democratic and capitalist society 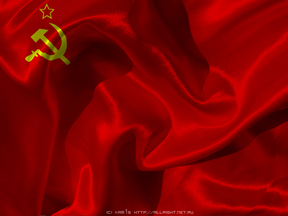 causes of the cold war 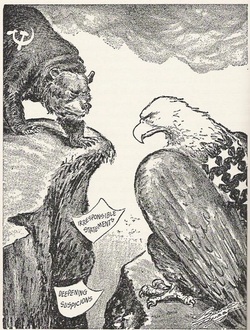 - A War of ideologies
- Communism vs. democracy (capitalism) (east vs. west)
- Causes:
- Nationalism - both USA and USSR take actions throughout Cold War to protect their interests
- Imperialism - Many old imperialist nations are gone, USA and USSR take over this role worldwide. (Eg. Vietnam, korea and Afghanistan)

Fears and Concerns in the cold war Era
- Fears and Concerns - West feared a Communist revolution worldwide (cominform replaced comintern)
- Russia fears counterrevolution from within helped by money from the west.
- The Domino Theory - a metaphor that the USA used to describe the fear of allowing countries to go Communist and then their neighbours would follow course (eg. Southeast Asia and Eastern Europe)
- Satellite States and the Iron Curtain - Many Eastern European states (that Russia had occupied) became puppet communist governments. 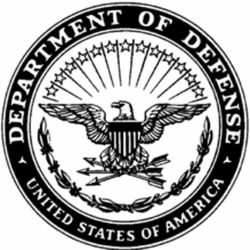 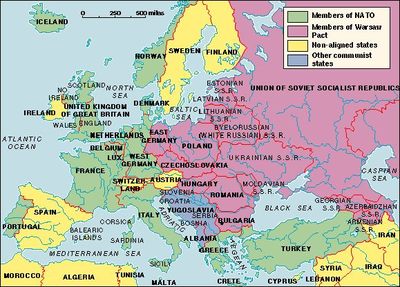 After the conclusion of World War II, the US and Russia emerged as the two world superpowers. A battle of nationalism slowly developed between the two as it was Communism vs Democracy. The west feared that communism would grow world wide as a result of the domino theory.