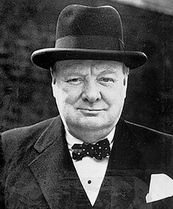 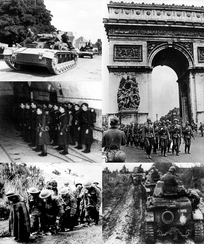 - The Germans break through the Dyle Line of defenses and the Ardennes and rush to the coast
- They surround approximately 500,000 troops by May 27 (17 days)
- France falls in just 17 days after holding for 5 years in WWI 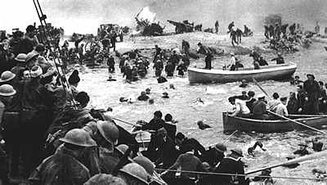 - The only positive outcome for the allies - "The last stand"
- The British realized they were surrounded and ordered the navy to put together an evacuation
- Also civilians
- Almost 340,000 troops are rescued in a weeks time
- The Germans hold up while this occurs?
- Seen as a small Allied victory
- Wars are not won on successful evacuations

The fall of paris 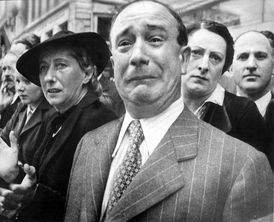 - The rest of France fell relatively quickly after the Dyle line fell and the British evacuated
- Italy declares war on France June 10
- Paris falls June 14
- Rest of France falls June 22
- Reasons:
- The Maginot line proved useless
- The Germans used their tanks much better
- The Luftwaffe was too strong
- Political dissention in France 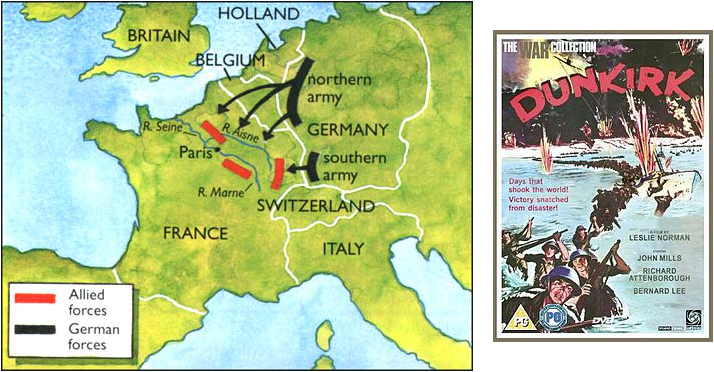 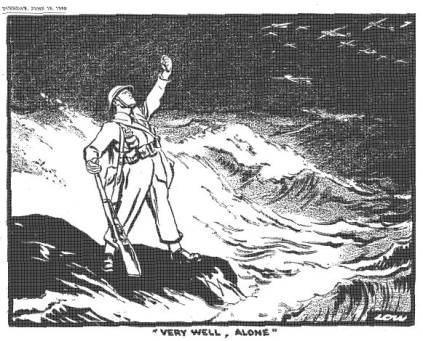 In just 17 days, German forces manage to surround an estimated 500,000 troops in the invasion of France leading to the inevitable fall of the country. After realizing that the French were surrounded, the British put together and evacuation which successfully evacuated approximately 340,000 troops in just a weeks time at Dunkirk. Seen as a small allied victory yet wars are not won on successful evacuations and no real progress was made. The fall of Paris lead to the political dissension in France leaving them with serious turmoil from the devastation.