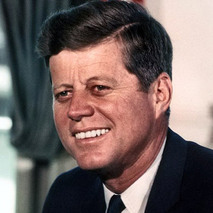 The Rise of John F. Kennedy 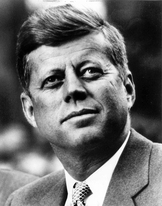 Following the end of President Eisenhower's two terms as president, JFK was elected as the 35th President of the United States. He was the youngest president at the age of 43, an advocate for the space race and also forged the construction of the Berlin Wall.