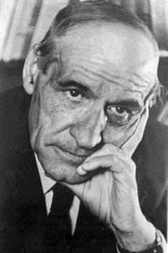 "Revolution is not the uprising against preexisting order, but the setting up of a new order contradictory to the traditional one"
- Jose Ortega Y Gasset 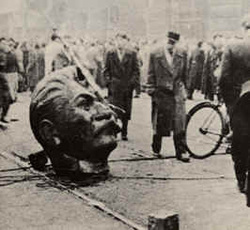 -First major uprising by a satellite state to remove soviet influence
-Hungarian leader Imre Nagy announced he was pulling out of the Warsaw pact
-Soviets entered the capital Budapest with tanks and armed forces
-30,000 Hungarians killed, 200,000 fled the country for the West
-Soviets installed a new leader Janos Kadar (puppet leader) who agreed to follow the Soviet line (Stayed for 20 years)
-People questioned why US did not help

In 1956, Hungary announced it's pulling out of the Warsaw Pact under the leader Imre Nagy. As a result, soviet forces entered Hungary, killing 30,000 people and installed the new leader Janos Kadar.