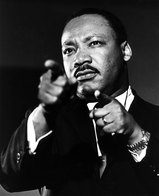 “Take a strong forthright stand in the Little Rock situation.” King told the president that if the federal government did not take a stand against the injustice it would “set the process of integration back fifty years. This is a great opportunity for you and the federal government to back up the longings and aspirations of millions of peoples of good will and make law and order a reality”
- Martin Luther King, 9 September 1957 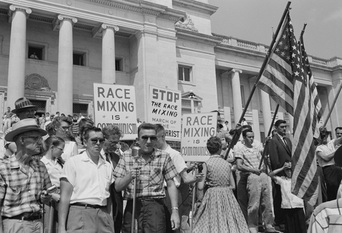 Question: what if the african american children were let into the school with  no hesitation?

In Little Rock Central High School (1957) students were initially prevented from entering the racially segregated school by Arkansas Governor Orval Faubus, and then attended after the intervention of President Eisenhower.