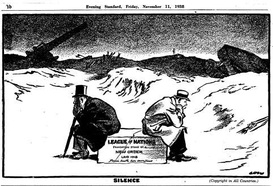 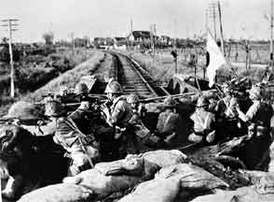 - Italy had interest in Abyssinia since 1895
- Mussolini had intent to expand his empire
- Imperialism
- 1934: Incident is set up resulting in Italians being killed
- Ethiopia appealed to the League

The End of the League of Nations 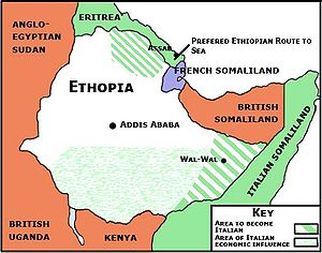 - League does not respond - Italy invades
- Economic sanctions threatened by League
- Hoare-Laval plan gives most of Ethiopia to Italy if fighting stopped
- Plan undermines the league
- People lose interest - Mussolini completes conquest
- Signals end of the league (still exists until 1945)
- By 1935, League becomes irrelevant and deals with no world affairs 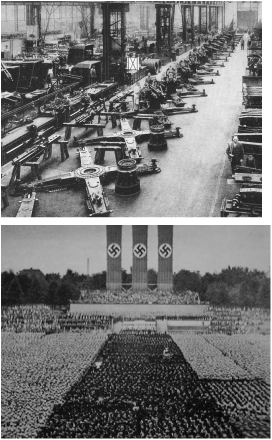 “To be sure, this so-called passive resistance as such could not be maintained for long. For only a man totally ignorant of warfare could imagine that occupying armies can be frightened away by such ridiculous means.” - Adolf Hitler 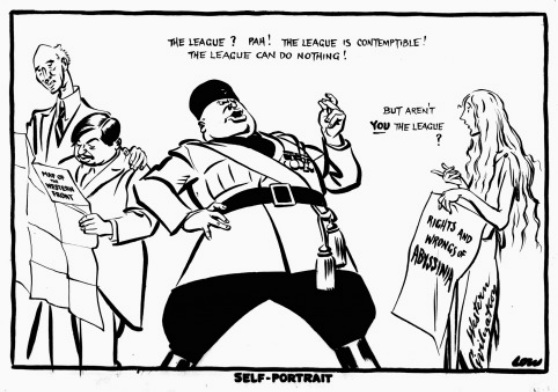 Appeasement only makes the agressor more aggressive. The fact that the league really has no bearing on situations is revealed. Germany begins to rearm forces, breaking the Locarno Pact and change ensues.