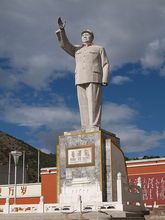 "In time of difficulties, we must not lose sight of our achievements"
- Mao Zedong 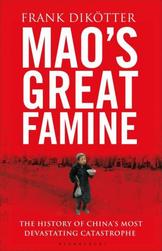 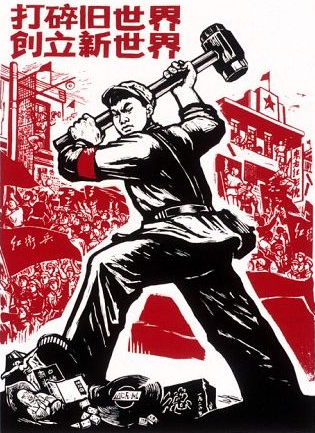 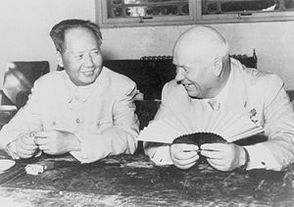 - USA realized they could not work with China after their invasion of Tibet and support for North Korea
- The former allies split ways in 1959
- Reasons for this:
- Krushchev’s Peaceful coexistence idea (Chinese felt they were getting closer to the USA)
- Soviet intention to treat China as another satellite
- Lack of Soviet help during the Korean War
- 4,000 border skirmishes
- Open fighting between 1964-69 on the Ussuri River
- 1964 Chinese get A-bomb and 1968 an N-bomb

Question: what if the usa had never split with china and had rather remained allies?

The Great Leap Forward was lead by Mao Zedong in attempts to transform the country from an agrarian economy into a modern communist society by a process of industrialization and collectivization. Because of this, 30 million people died of starvation.