"The Chinese people have been forced to forget the Tiananmen massacre. There has been no public debate about the event, no official apology. The media aren't allowed to mention it. Still today people are being persecuted and imprisoned for disseminating information about it"
- Ma Jian 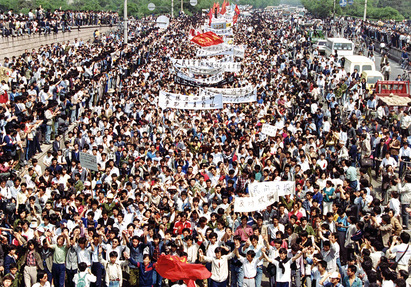 - June 3-4, 1989
- Democracy movements had grown in strength since the arrival of Deng
- May 4 1989 they have mass rallies in honour of the 70th anniversary of the last major democratic uprising
- Many students remain and start a hunger strike
- Li Peng took a harsh stance on this and ordered the PLA to take whatever action necessary
- Army arrives in early June and are reluctant to deal with the crowd
- 3 June they broke into the square and opened fire
- 400-800 people killed, many were not students and many killed on streets outside of the square
- Reaffirmed China’s hardline on party dissent and public freedoms
- However economic changes were irreversible and 1992 Deng ended price controls

The Mystery of ‘Tank Man’ 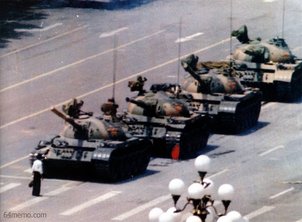 - Never in World history has a single image captured a struggle quite so well
- Rumoured to have been named Wang Weilin  a 19 year old student
- He has been rumoured also to have been shot, imprisoned and never found and still free in hiding
- In an 1992 interview with Barbara Walters then General Secretary Jiang Zemin stated “I think never killed”

What if the students decided to protest somewhere else? 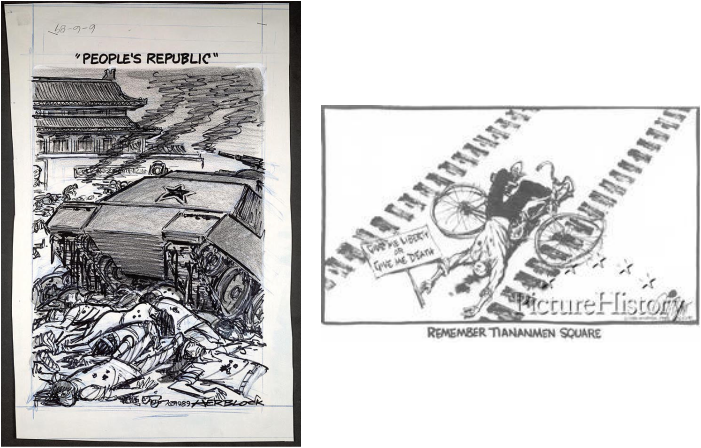 The Tiananmen Square protests of 1989 were student-led popular demonstrations in Beijing in the spring of 1989 that received broad support from city residents and exposed deep splits within China's political leadership. The protests were forcibly suppressed by hardline leaders who ordered the military to enforce martial law in the country's capital.  The Tiananmen Square Massacre occurred from June 3-4 when troops with assault rifles and tanks inflicted thousands of casualties on unarmed civilians. This event was released around the world through media. China tried to say that no one was killed in this event, and no official numbers have been released about how many people died.