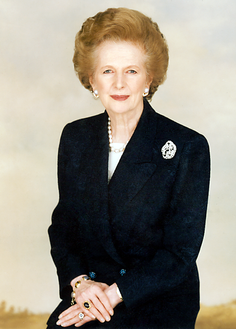 - Known as the ‘Iron Lady’
- First women to be elected as a European head of state
- Conservative party took office in 1979
- Stayed until 1990
- Won three consecutive elections
- Began the “Thatcher revolution”:
- Gov’t stayed out of economics
- Individuals were given greater freedoms
- Reduced public expenditures
- Was very harsh in dealing with Argentineans in the Falkland Islands War (made her extremely popular)
- Promoted independence for Mozambique

Question: To what extent Was Margaret Thatcher EUROPE'S best CONTRIBUTOR to the greater good of the region? 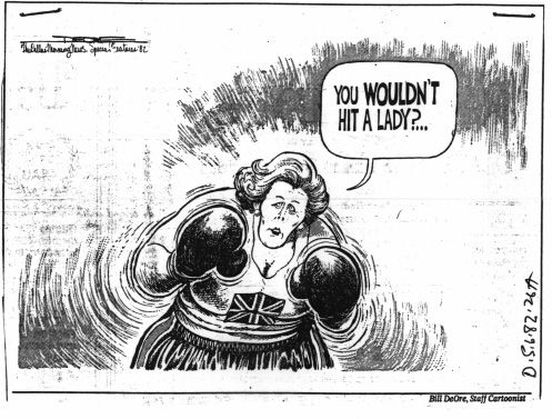 Margaret Thatcher was a British politician who was the Prime Minister of the United Kingdom from 1979 to 1990 and the Leader of the Conservative Party from 1975 to 1990. She was the longest-serving British Prime Minister of the 20th century and is the only woman (and only scientist) to have held the office. A Soviet journalist called her the "Iron Lady", a nickname that became associated with her uncompromising politics and leadership style. As Prime Minister, she implemented policies that have come to be known as Thatcherism.