"Americans are the great Satan, the wounded snake"
- Ayatollah Khomeini 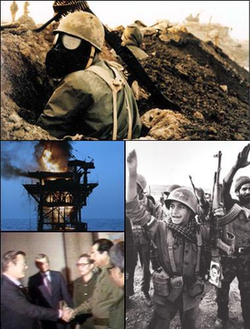 - A Shiite revolution takes place in Iran and the Shah was replaced by Ayatollah Khomeini
- This concerned the Sunni leader, Saddam Hussein in Iraq
- Khomeini was very anti-American so they supported Iraq
- War breaks out in fear that the revolution would spread to Iraq (really a war of religion although they both claimed territory of each others)
- UN gets involved in 1988 and a formal treaty is signed with no gains in 1990
- The militant arm of the PLO is called Fatah
- Leads hijackings of planes (3 blown up on the runway in Jordan in 1970)
- Most recognized were the attacks on Israeli athletes at the 1972 Munich Olympics
- Arafat claimed to have nothing to do with the attack
- Israeli Prime Minister, Golda Meir responded with Operation Sword of Gideon
- They lead many intifadas in the following years
Question: What if the Shiite revolution never took place? 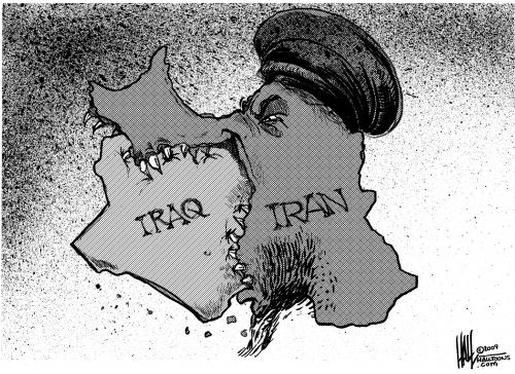 The Iran–Iraq War, also known as the First Persian Gulf War, was an armed conflict between Iran and Iraq lasting from September 1980 to August 1988. The war was centred around territory and cash, and began when Iraq invaded Iran via continuos invasion by air and land.