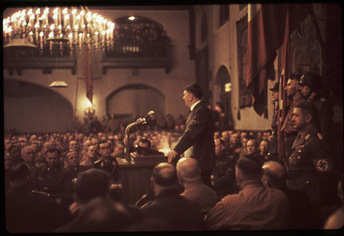 - Munich etc. Really like their beer
- People in 20's would go to Beer Halls
- Political meetings would take place in Beer Halls
- Hitler could speak and really fire people up
- Supposed to be like Mussolini’s March on Rome
- It fails
- Both Hitler and Gen. Ludendorff arrested and sent to Landsberg Prison
- More of a chateau or palace as everyone believed in what he was saying 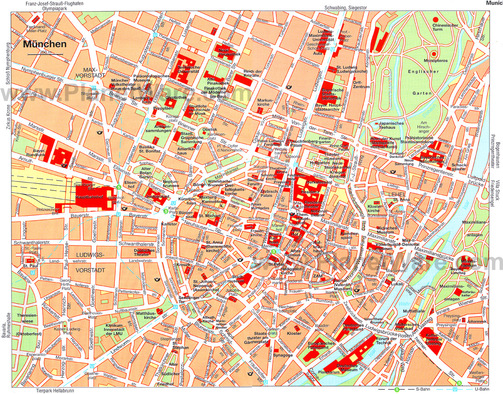 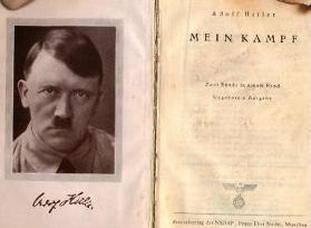 - While in prison Hitler wrote “Mein Kampf” (My struggle) with the help of Rudolf Hess
- He outlines the future of Nazism in this book including:
- Lebensraum
- Anti-Semitism
- Anti-communist
- Need to re-arm and get rid of Versailles
- The rise of the Aryan Race
- Unfortunately most of what he wrote, came true
- Strange because he was none of the things he outlined
- He was Austrian

"The great masses of the people will more easily fall victim to a big lie than to a small one." - Adolf Hitler

Political meetings took place in beer halls where Adolf Hitler would give speeches and fire people up. Hitler is then sent to Landsberg prison (more of a chateau as the German population agreed with his theories and liked him.) This is where Hitler spent his time writing a book called "Mein Kampf" outlining the future of nazism, most of which did indeed come true.