"The purpose of these attacks will mainly be to eliminate the Americans south of our entry point – to destroy them bit by bit, to eliminate them division by division."
- Adolf Hitler

the battle of the bulge 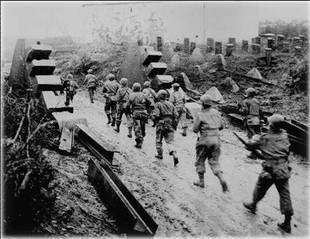 From D-Day to the fall of Berlin- (3 front war)
- Battle for Normandy - summer 1944
- Falaise Gap
- Liberation of Paris
- Operation Market Garden - Sept. 1944 - Ploy to end the war before the Russians got to Berlin (designed to take over the bridges before the Germans destroyed them)
- The Battle of the Bulge - German counteroffensive (Final attempt to defeat the americans)
- Russian attack on Berlin (300,000 Soviet troops)
- Hitler commits suicide in Bunker
- Russians and Americans meet - Meet at the Elbe River 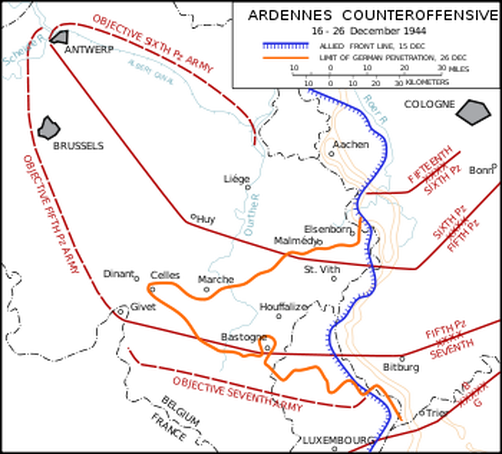 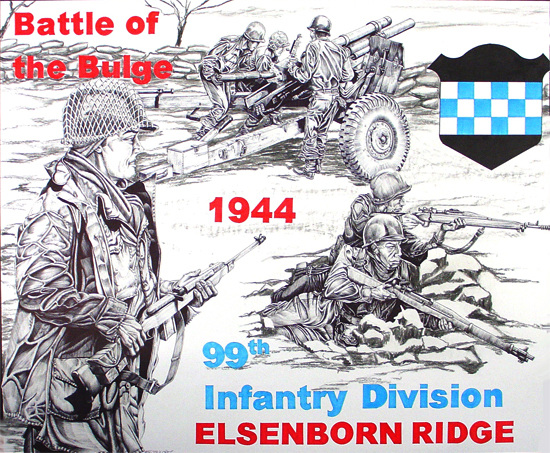 Germany had begun to fall and competition was erupting between the allies as to who was to have control of Berlin first. Operation Market Garden was the ploy to end the war before the Russians reached Berlin which involved taking over bridges before being destroyed by the German military. The Battle of the Bulge was a German counteroffensive against the americans which failed inevitably.  Hitler soon after committed suicide with his lover in a bunker.