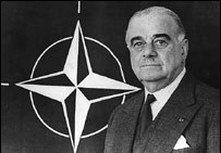 "Our goal is to keep the Russians out, the Americans in, and the Germans down"
- Lord Ismay, NATO Secretary General, 1949 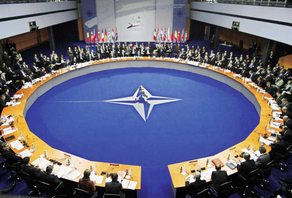 The Formation of the Warsaw Pact, 1955

- Treaty of Friendship, Co-operation and Mutual Assistance
- In reaction to a remilitarized-West Germany joining NATO
- Dissolved in June of 1991 after the collapse of the former Soviet Union

NATO was the first ever military treaty among the capitalist states and was the reaction to the Berlin Blockade. The Warsaw Pact was formed as a treaty of friendship, cooperation and mutual assistance in reaction to a remilitarized West Germany joining NATO.