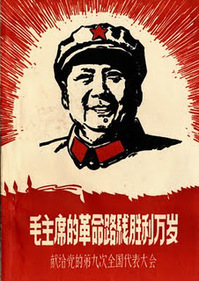 Question: What if mao zedong was never elected chairman of the communist party of china?

Mao Zedong was a Chinese communist revolutionary, and political theorist. He founded the People's Republic of China in 1949 and governed the country  as the Chairman of the Communist Party of China until he died. He converted China into a singly-party socialist state  and nationalized industry and business under state ownership as well as socialist reforms implemented in all areas of society.