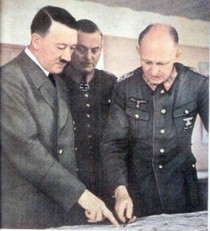 “The German armed forces must be prepared, even before the conclusion of the war with England, to crush Soviet Russia in one rapid campaign.”
- Adolf Hitler, Dec. 18 1940 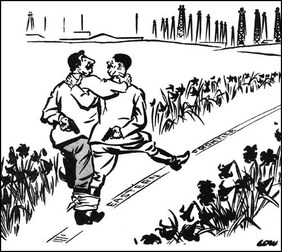 View Operation Barbarossa and over 3,000,000 other topics on Qwiki. 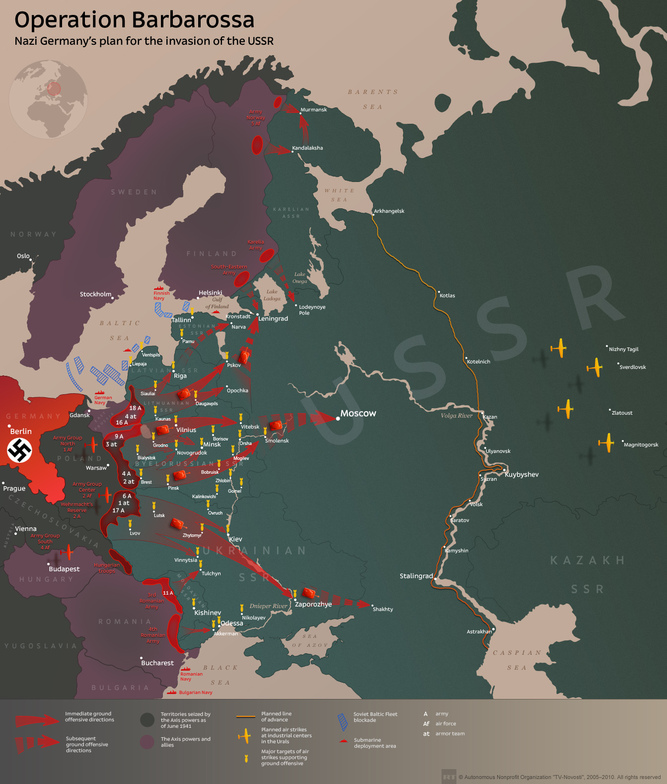 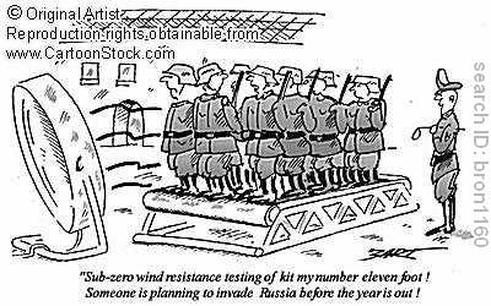 Operation Barbarossa was initiated on June 22, 1941 on Russia when the non-agression pact had been broken. After being pushed back by german forces, the Russian winter hits and a devastating -50 degrees Celsius climate change acts as Russia's saving grace in the operation. Germans were unprepared for the weather resulting in a failed capture of Moscow and one of the greatest mass surrenders in history occurred.