Attempts at Normalization:
- Soviet Union tried to participate in World affairs in the 1920s
- Signed the Kellogg-Briand Pact, 1928, denouncing war
- Joined the League of Nations 1934
- Signed various non-aggression pacts
- Shared concern of the west about Fascism and rise of Japan in the 1930s
- Fascism made the communist Soviet Union look not so bad
Nazi-Soviet Non-Aggression Pact:
- Stalin signs non-aggression pact with Hitler in 1939
- Agreed not to fight each other
- Agreed to divide Poland
- Began to trade raw material for war material
- Also called Molotov-Ribbentrop pact (Foreign Minister)

View Treaty of Non-Aggression between Germany and the Soviet Union and over 3,000,000 other topics on Qwiki. 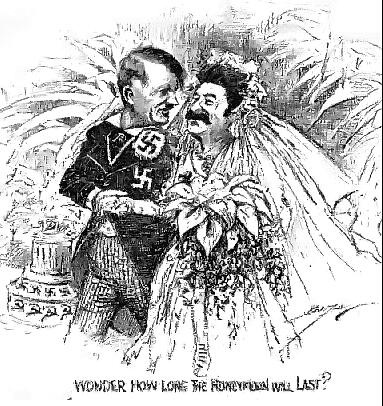 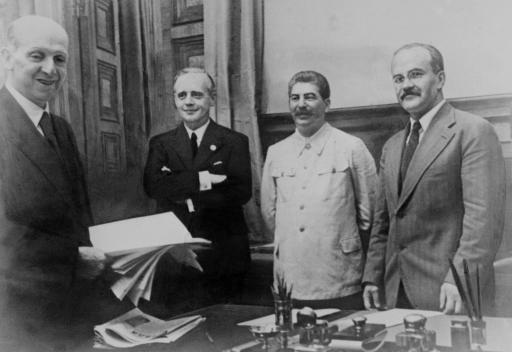 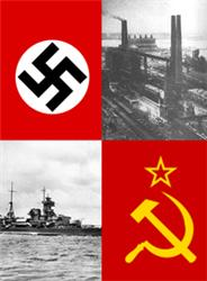 Stalin signes the pact with Hitler in 1939 and agreed not to fight one another in war. They divided Poland and trade raw materials for war materials.