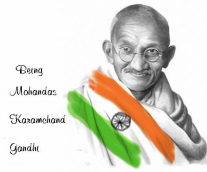 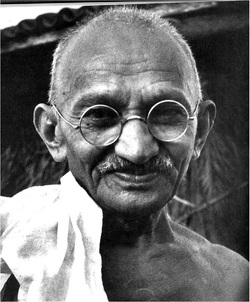 - Leader of the Indian Congress Party
- Led with style of protest called pacifism (non-violent resistance)
- Right hand man is Jawaharlal Nehru
- Believed that Hindus and Muslims could share an independent India
- Declare independence for India on Jan. 26, 1930
- Begin civil disobedience
- Assassinated by a fellow Hindu after the partition of 1947

Question: Should Gandhi have used alternate means of protesting (non-pacifist) what would the outcome resulted have been? 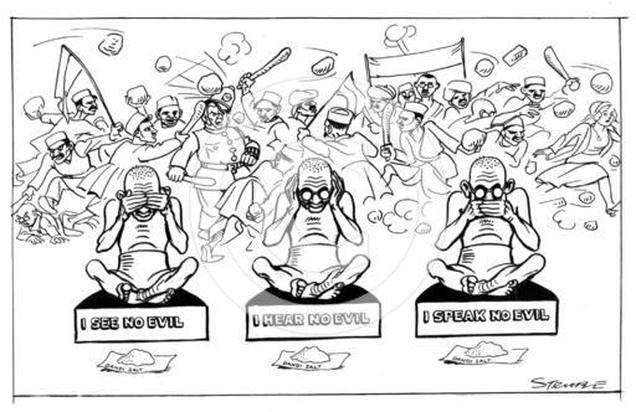 Mohandas Gandhi was the preeminent leader of Indian nationalism in British-ruled India. Employing non-violent civil disobedience, Gandhi led India to independence and inspired movements for non-violence, civil rights and freedom across the world. He was known for his pacifism.