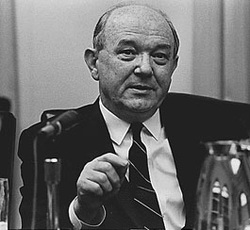 "We're eyeball to eyeball, and I think the other fellow just blinked."
-Secretary of State: Dean Rusk 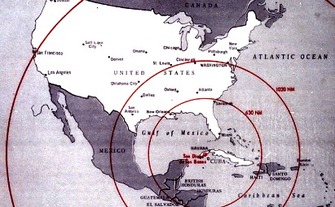 - American’s supported a corrupt regime under Fulgencio Batista until the Cuban revolution in 1959
- Fidel Castro took over
- Aligned with the Soviets
- The Bay of Pigs (Failed invasion of Cuba) - 1961
- As a result of Kennedy pulling the air support on the Bay of Pigs, he made many people unhappy, and caused the invasion to fail.
- 1962 Soviets begin to put Nuclear weapons into Cuba (Noticed by U2 spy planes)

View Cuban Missile Crisis and over 3,000,000 other topics on Qwiki. 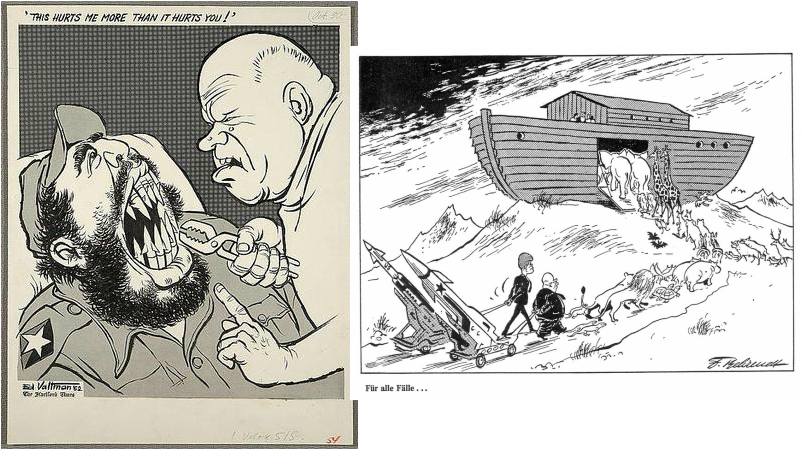 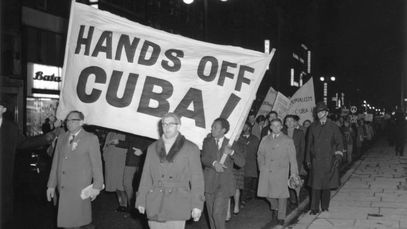 - The US had 3 options:
- Diplomatic solution (negotiated settlement)
- A conventional attack (air attack followed by invasion)
- A naval blockade
- Robert Kennedy, attorney general, convinced Security Council to go with blockade
- Ships turn around at the quarantine
- 2 Letters sent from Krushchev to Kennedy
- Brinkmanship (threaten the other side with the end) ensues (U.N. gets involved)
- Russians pull out of Cuba in exchange for a removal of missiles in Turkey at a later date - 6 months later
- Directly resulted in the Partial Test Ban Treaty of 1962
- The creation of the hotline (Two red phones connecting the leaders of the countries)
- Both sides sending off nuclear bombs for practice and intimidation factor

The Cuban Missile Crisis was the closest that the world had ever come to Nuclear Warfare. It was a 13 day confrontation between the allied Soviet Union and Cuba vs. the United States in October, 1962. Is known as the closest moment in which the world had come to nuclear warfare during the cold war. It was also the first time in which MAD (Mutual Assured Destruction) had been discussed as an determining factor of an international arms agreement.