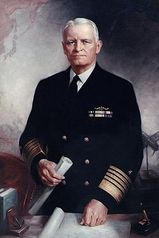 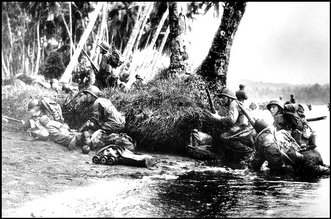 - 1942-43 in the Pacific
- At the same time as Pearl Harbor (Dec. 1941) the Japanese attack, Philippines, Hong Kong, Singapore and Dutch East Indies (oil)
- b (May 1942) (First Battle where aircrafts carriers do not see each other)
- Battle of Midway June, 1942 Japanese lose 4 carriers to U.S. 1
- A process of Island hopping begins in the Pacific (Guadalcanal)
- Battle of Leyte Gulf (Philippines) Oct. 1944 (Largest naval battle ever in history)  Japanese lose have of their remaining fleet and 4 more carriers (kamikazes begin)
- Largest Sea Battle in History 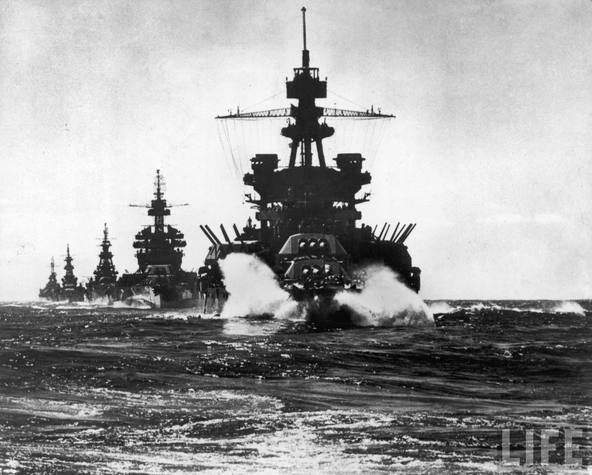 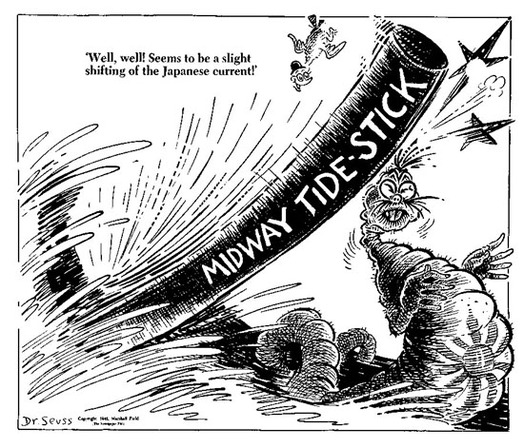 With the desire for oil as the driving force, Japan invaded Philippines, Hong Kong, Singapore and Dutch East Indies (Asia) for their natural resources. Many battles took place in their quest for these resources including the largest sea battle in history, the Battle of Leyte Gulf (Philippines) Oct. 1944.