Gustaf Stresemann and The Dawes Plan 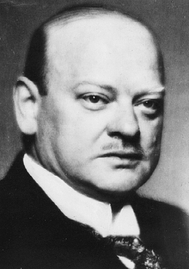 "As a result of the World War, this old Germany collapsed. It collapsed in its construction, in its social order, in its economic structure. Its thinking and feeling changed." Gustaf Stresseman

Map of the Dawes Plan

Gustaf Stresseman took control over Weimar Germany and accepted the terms and conditions of the Treaty of Versailles therefore being viewed as a sellout and disliked by Germany. He brought in the Rentenmark (a new currency) and helped pay off German reparation debts with the Dawes Plan.