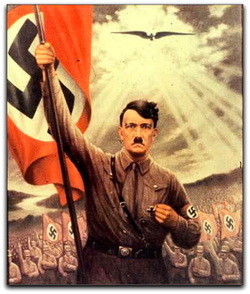 - Appeasement and the Rise of Fascism
- WWII caused by the rise of fascism- Weimar Germany: Came in the 1920's in a period of great turmnoil
- Reparations etc.
- Usually turn to an extremist government either left or right wing (Precursor to radical change in government)
- Any historical event in Europe has a relation to this
- Rise of Fascism and Appeasement
- Period of 1920's was actually one of peace despite all flaws

Hitler was not a communist and Stalin was not a fascist. Period of 1920's was actually one of peace despite all flaws. Modernization by Hitler and his expansionist policy during the rise of fascism made his so successful and countries stood by and allowed him to do what he pleased. He could avoid economic sanctions easily because of his production rates