"We plan to eliminate the state of Israel and establish a purely Palestinian state. We will make life unbearable for Jews by psychological warfare and population explosion. We Palestinians will take over everything, including all of Jerusalem."
- Yasser Arafat

- Leader of the PLO and later PLA
- Also pushed for the independence of Palestine
- Represented Palestine at several peace accords
- Was originally militant but became more peaceful in the 80s and 90s
- Won a Nobel Peace Prize for his role in Oslo, 1993
Question: What if Yasser Arafat had been assassinated? 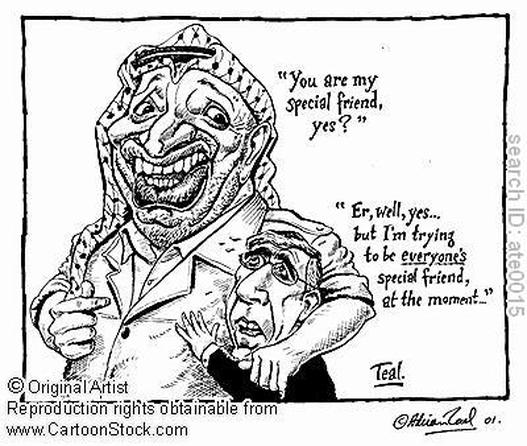 Yasser Arafat was a Palestinian leader, chairman of the Palestine Liberation Organization (PLO), President of the Palestinian National Authority (PNA), and leader of the Fatah political party and former paramilitary group, which he founded in 1959.