Hitler and the Rise of Nazism 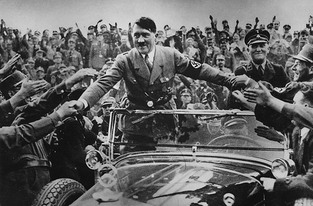 - Steps to power:
- 1928 - 12 members of Nazi party elected to Reichstag
- 1930 - 107 seats out of 647
•1932 - 230 seats out of 647 which made them the largest party
•President Hindenburg refused to give Hitler the Chancellorship
•1932 (second election) Nazis fall to 198 seats
•Hindenburg chooses Hitler as Chancellor as a tool against the Communists
•1933 Feb. (Reichstag fire election) 288 seats (majority due to imprisonment of Communist members)
•1933 March Enabling Act
•Forms the Gestapo (secret police)

"When Luther turned his attention to the Jews, after he completed his translation of the Bible, he left behind "on the Jews and their Lies" for posterity." -Walter Buch

Burning of the Reichstag 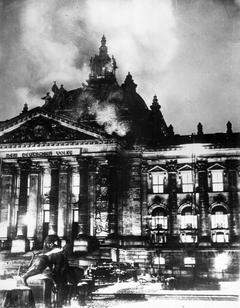 - February 1933
- Dutch communist ‘convicted of the crime’
- Hitler bullies (with the help of the Brownshirts) the Reichstag into passing the enabling act to face the coming ‘communist revolution’
- Piece of legislature that would allow Hitler to bring in certain acts without the passing through legislation
- Nazi's say: This is a Communist Revolution

Map of the Reichstag 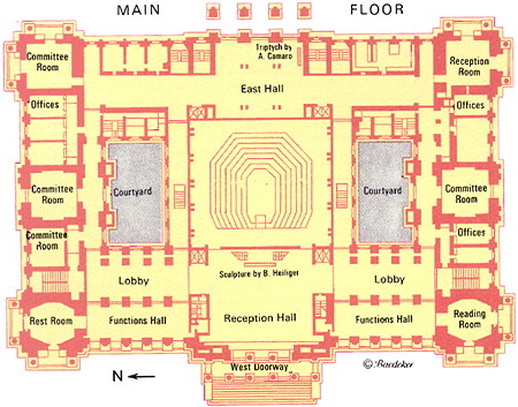 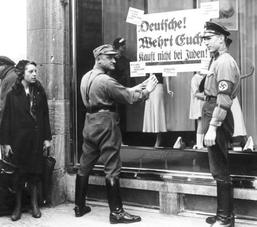 View Sturmabteilung and over 3,000,000 other topics on Qwiki. 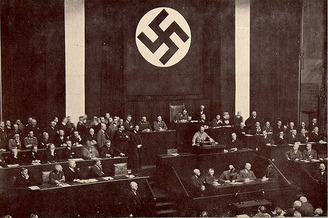 - Allowed Hitler to pass laws without consulting the Reichstag
- By July 1933 all other political parties are outlawed
- Agreed to by the Reichstag in 1933 under threats from the brownshirts (S.A.)
- Only 93 Social Democrats voted against it
- Despite the lack of freedom of speech or press, Hitler only won 288 seats, barely a majority

NIGHT OF THE LONG KNIVES 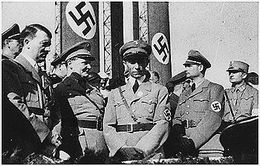 - Hitler kills off many of opponents
- Gets rid of SA and created the SS
- Hindenburg congratulated Hitler and a month later, dies and an ‘election’ was held which voted Hitler in as President
- Hitler gets 99.9% of vote

During Hitler's rise of Nazism, he becomes Chancellor, forms the Gestapo, and the March Enabling Act of 1933. He then burns the Reichstag and puts the blame on a Dutch Communist and with the help of his "Brown Shirts," a paramilitary force, and calls the burning a Communist Revolution.In the night of the long knives, Hitler kills off many opponents and receives 99.9% of vote.