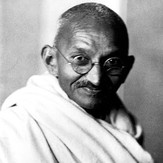 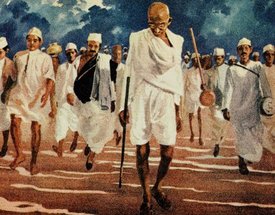 - Protest to the British tax on salt
- Gandhi walked from Sabarmati, Ashram to Dandi, Gujarat to get salt (240 miles)
- Many thousands followed him
- March lasts March 12 to April 6, 1930.
- Outcome draws support for the independence movement across India and the World
- Gandhi arrested and put in prison

Question: What if Gandhi had never completed the 240 mile walk? Would his followers have pushed on through?

The Salt March was an important part of the Indian independence movement. It was a direct action campaign of tax resistance and nonviolent protest against the British salt monopoly in colonial India, and triggered the wider Civil Disobedience Movement. This was the most significant organized challenge to British authority.