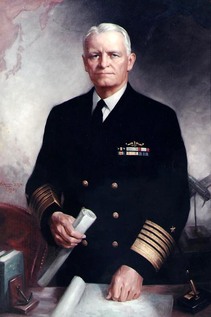 "They fought together as brothers-in-arms. They died together and now they sleep side by side. To them we have a solemn obligation."
-Admiral Chester W. Nimitz 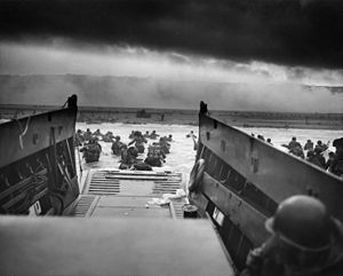 - June 6, 1944
- Operation Overlord
- Normandy Landings
- Allies open a second front in France against the Germans
- Land on five beaches named
- Utah and Omaha (American)
- Juno (Canadian)
- Sword and Gold (British and Polish)
- Rommel felt that whoever won the beaches that day would win the war

View Normandy landings and over 3,000,000 other topics on Qwiki. 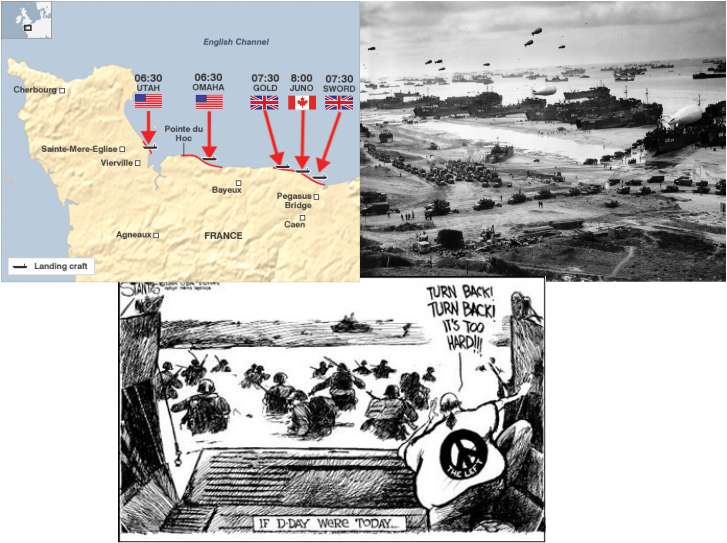 Day-Day was the day where five beaches (Utah, Omaha, Sword, Gold, and Juno) were invaded by American, Canadian, Polish and British militaries. It was determined that whoever won the beaches that day, would ultimately win the war.